This time I want to focus on quality by implementing CVE and compliance scan tool as well as the control gate on a release stage in Azure DevOps leveraging Prisma Cloud platform by Palo Alto Networks.

All code from this article is here

I would like to build my code using Azure DevOps pipelines and fail earlier as possible in case:

Also I’d like to get instant feedback about the issues so I can go ahead and fix it quickly.

For automated image scanning I am going to use Prisma Cloud.

I am going to use the following Dockerfile as it should bring me bunch of CVEs and highlight failed cheks againts Center for Internet Security (CIS) benchmarks and other compliance standards.

There are several things that I need to do in Prisma Cloud:

Alternatively I could use plugin for #3 and store #2’s credentials as service connection in AzDo, but the moment I wrote this article I had several issues with the plugin and looks like it does not get much attention either (also plugin is just a wrapper around twistcli).

For the quality gates I am going to call Prisma Cloud’s endpoint to check my image for any issues (this is done via environment’s approvals and checks by invoking REST API). The following screenshots show both service connection for the endpoint (with it’s credentials) and the success criteria. In order to keep it simple image’s sha is being passed as plain text in URL as well as simple success criteria is being validated (either anything being returned with false boolean in pass argument). API’s references for scan results. 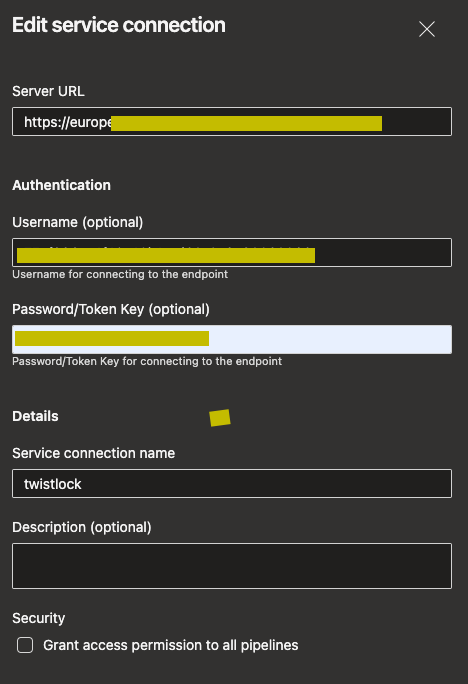 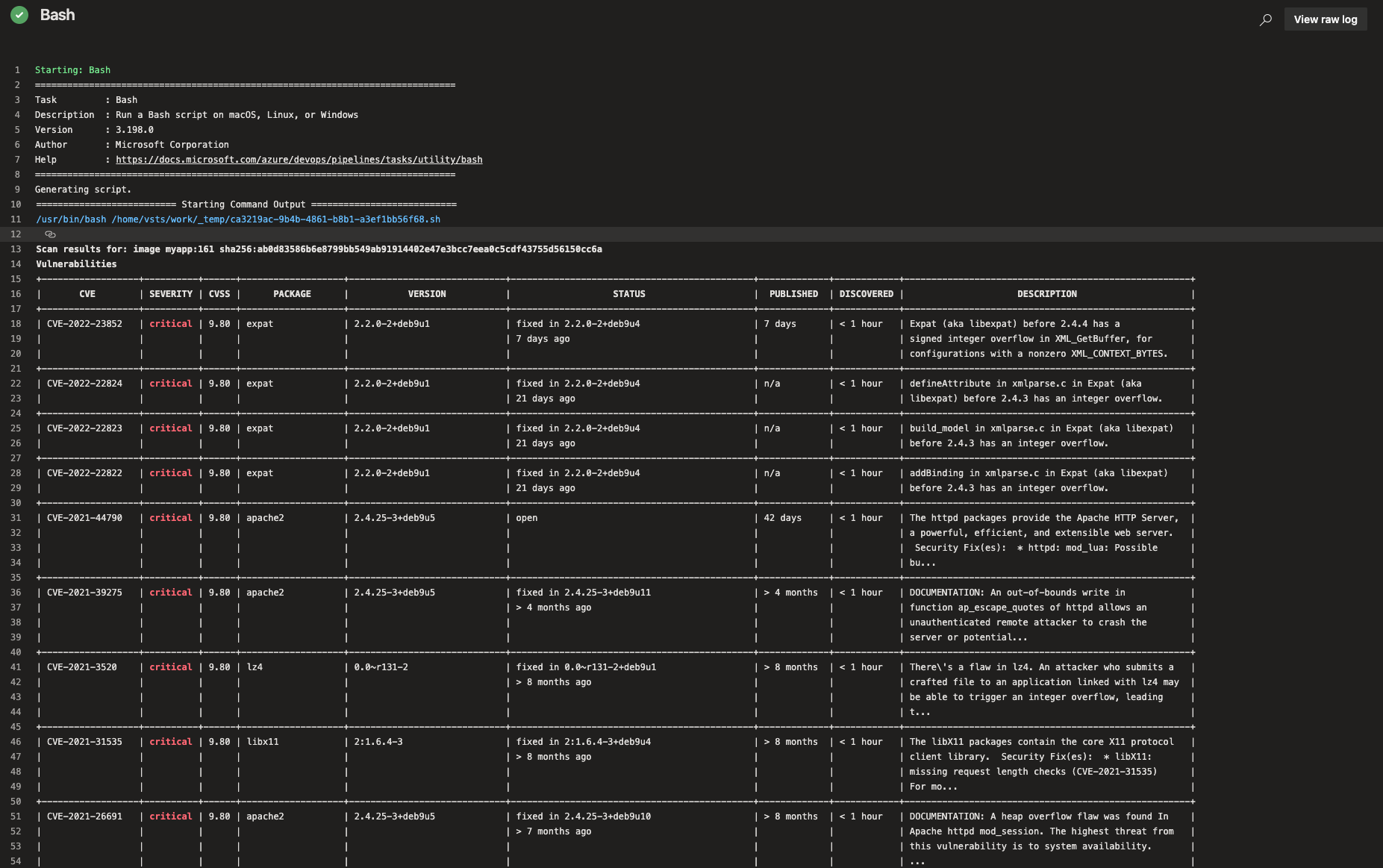 That’s it! I have build stage with image scan task and a quality gate that automatically fails my deployment stage in case of any vulnerabilities or compliance issues.

Static web site on Azure with Azure DevOps and Bicep